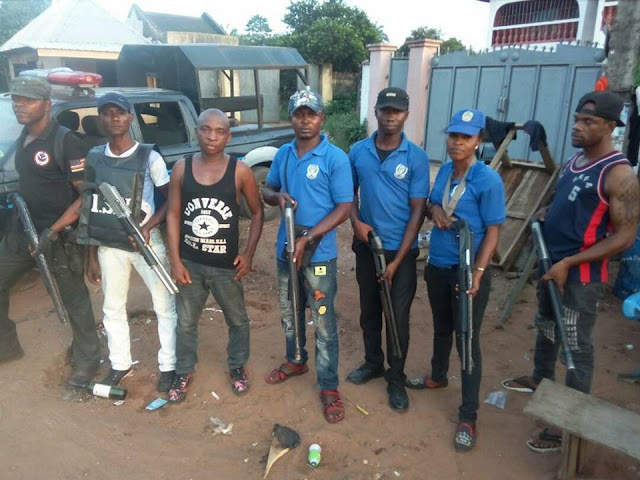 A joint team of the ISN cobra and Buffalo squad led by Okaaomeen’oru Chris Ekwueme, the SA Security to Governor on security Orlu Zone responded quickly to a call on duty as they swooped on a six man kidnapping team who abducted their victims at Amaokpara in Imo state.
The Venza car with Reg No FST 350 EQ was recovered after a shootout that led to the death of 2 of the kidnappers while others escaped with bullet wounds.Their remains have been taken away by the men of the anti-kidnap team from Owerri along side 3 A-K47 riffle…