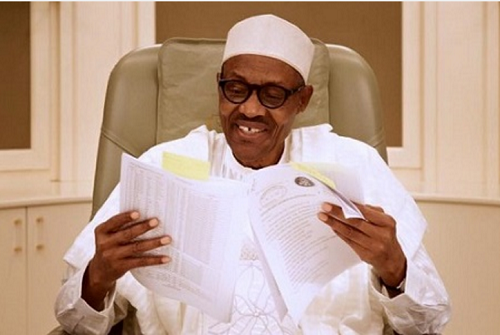 The National Association of Nigeria‎n Students (NANS), has written to President Muhammadu Buhari, calling for an open public investigation into looted pension fund.
In a letter to the President dated November 2, 2017 and signed by its President, Comrade Aruna Kadiri‎, said‎ though, the decision of the President to disengage Maina from service was as a result of misleading report presented to him by those who supposed to feed him with detailed development across the country.
The NANS President said, “The decision was hasty and generally not of the interest of Nigerians. As a body of intellectualism, we observed that there is a ganged up against Mr Abdulrasheed Abdullahi Maina who was the chairman of the defunct Pension Reform Taskforce Team, PRTT under the Goodluck Jonathan’s administration.

“We, as Nigerians can not be clouded by the diversionary method of the cabal to shift our minds from the N1.6 trillion to N2.1 billion. We also gathered that, immediately Mr Maina’s PRTT was disbanded, the then government created Pension Transitional Arrangement Directorate (PTAD). PTAD discontinued the on going biometric supervised by the PRTT and got approval of N8bn for the same biometric which up till now, is yet to be carried out.
“The Director of Finance of Maina’s led PRTT is now the Director of pension in PTAD while Mr Ibrahim Lamorde of the EFCC heads the Police Special Fraud unit in Lagos. We believed that it is not possible for the chairman to steal such huge amount without the finance director and other team members if they actually stole public fund. Nigerians want to know the whereabouts of the N1.6 trillion recovered and the N5.32bn blocked by Mr Maina and his team in the head of service and police.”
Comrade Kadiri also said, “Since the EFCC and ICPC were members of the Maina’s committee, and as well implicated in the looted treasury, an independent investigative panel be set up to properly investigate the allegations and counter allegations. An investigative panel with live coverage which will boost the anti corruption war of your administration will be highly appreciated by Nigerians.
“For the sake of justice, equity and fairness, we also advice and recommend that your Excellency immediately reabsorb Mr Maina pending the outcome of the public investigation and if found wanting be properly prosecuted.”
Follow Us on Twitter!