Home » opinion » Maina to Buhari: I will give you documents that will fetch N3tn

Maina to Buhari: I will give you documents that will fetch N3tn 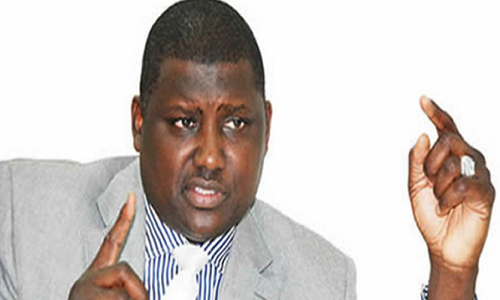 Abdulrasheed Maina
The former chairman of the Presidential Task Force on Pension Reforms, Abdulrasheed Maina, has spoken out on the allegations of corruption levelled against him.
He also called on President Muhammadu Buhari to allow him prove his innocence in the cases he is currently enmeshed in.
Maina made the call in an exclusive interview with Channels Television broadcast on Monday during its  News At 10 programme.
He said, “Thank God our President stands for the truth, the unfortunate thing is that some people around him whom he has given trust are lying to him; this one I can attest to and I can give you instances, I can give you documentary evidence,” Maina said.
“I’m appealing to you Mr President, there are so many things people are not telling you; when I get to that public hearing I will tell you some things that nobody ever told you Mr President because I never had the opportunity to sit down with you.”
Trouble started for Maina in 2015 when he was accused of being involved in a pensions fund fraud and later declared wanted by the Economic and Financial Crimes Commission. His reinstatement in 2017  sparked criticism.
However, Maina who denied any involvement in the pension fraud claimed that his team, instead, recovered about N282billion for the government and that his life was in danger.

He said he was ready to prove to the President that he was innocent of the allegations against him by recovering N1trillion in three months if given the opportunity.
“I recovered money for the last administration and I recovered money for this administration. Most people may not understand this but let me explain this to Nigerians because I want the truth to be told and I want Nigerians to understand the truth and know what is going on in Nigeria.
“Listen, I am not afraid of anybody, I am saying the truth. People portray themselves as if they are saints around the President; it’s a lie, they are not. We recovered as a team, N282billion cash. Aside from the N282bn, we were able to bring information and caught 43 pension suspects.
“They have threatened me, they have threatened my lawyer, they have threatened my brother, sister; they have threatened us all that I will be killed.
“Mr President, I will give you information and documents that will fetch you over N3trillion now in Nigeria, give me nine months. Within the first three months, I will show you N1trillion just like I showed you N1trillion in this 2017,” he said.