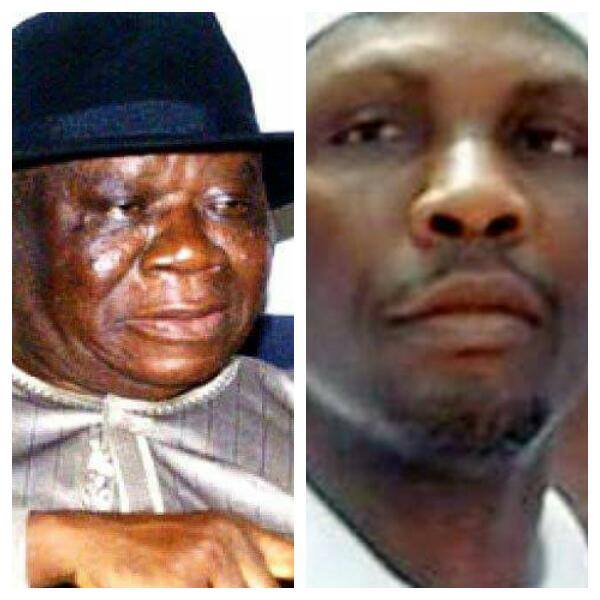 The Reformed Niger Delta Avengers (RNDA) has accused Ijaw High Chief and a former Niger Delta militant leader, High Chief Government Ekpemupolo, aka Tompolo as behind the renewed threats to attack oil facilities in Nigeria's Niger Delta.
This was contained in a statement signed by self-acclaimed 'Major General' Johnmark Ezonebi, also known as Obama.
The statement reads: ‎”RNDA wish to state categorically that the so called High Command of the Niger Delta Avengers NDA is no other person than Tompolo who is presently under a wanted list is hiding in the creek for sins against the region by using the struggle to empower himself and his immediate family and few cronies.
“And the self-acclaimed spokesperson of NDA known as Major General Murdock Agbinibo is no other person than the three apostles of Tompolo who have deserted their Warri homes and are on the run with their master who is using the name of Niger Delta struggle to empower himself and his family alone to the detriment of the long neglected people of the Niger Delta region.

“RNDA wants to state that if any form of attack or destruction of oil pipelines and oil facilities happen in the creek of Delta State due to this shameless threat of statement by the so called Niger Delta Avenger’s formed and coordinated by Tompolo and his cohorts, the people of Gbaramatu should hold Tompolo responsible for any harm or damage that the people will face in the wake of this and also the federal government and the people of the Niger Delta region should hold Mr Tompolo, Chief Clark, one Dr mulade, the self acclaim coordinating secretary of disbanded PANDEF and the members of PANDEF responsible, with the likes of chief Anabs Sara-Igbe who is collaborating with Chief Clark to use PANDEF as a money making venture to seek financial assistance and support from people, NDDC and oil companies in the region”.

RNDA stated that it will not use the struggle of Niger Delta to be trading for personal gains and family enrichment to the detriment of the long neglected people of the Niger Delta region.
It continued: “RNDA members used to be the foot soldiers of Tompolo who carried out well coordinated and deadly attacks on oil facilities across the entire Niger Delta region right from the days of “Camp Five” even to the days of Avengers but we had to draw the line when we discovered that the struggle was been personalised for selfish gains even when some of our dedicated fighters had paid the supreme price for the region.
“Tompolo is presently counting his losses as the federal government had frozen his accounts and that of some of his cronies as well as some properties forfeited that were gotten through fraudulent business transaction with NIMASA. I wish to state that the statement by NDA is clearly “the hand of Esau and the voice of Jacob” because of the way the federal government had treated PANDEF following the withdrawal of mandate by militants from the group mainly made up of failed politicians and national treasury looters wish her his cohorts.
“Tompolo is seeking cheap relevance from the Buhari led APC federal government through the Niger Delta Avengers NDA statement that it would resume fresh attacks in the Niger Delta region but I want to remind him that the time had changed far beyond his reach as this was not the Jonathan administration where he held sway in the south south and Niger Delta region for his personal gains”.