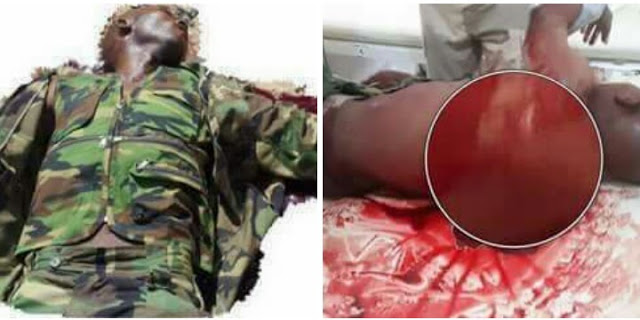 A Nigerian Army Staff Sergeant, Silas Ninyo (93NA/36/2608), shot dead Captain T. Mani, who stopped him from beating innocent civilians in Chibok, Borno State, and four others before taking his own life on Sunday.
An Army situation report (No.64) exclusively obtained by SaharaReporters stated on Sunday afternoon that a team of soldiers, led by one Captain T. Mani (N/14430), was providing security for worshippers during Sunday service in Chibok and received a distress call that Staff Sergeant Ninyo was beating civilians for unknown reasons.
Captain Mani, accompanied by soldiers, moved to the scene and freed the civilians. But while trying to disarm the errant soldier, Captain Mani was shot dead by Staff Sergeant Ninyo, who later shot himself dead after killing four others.
Corpses of both soldiers, added the situation report, have been deposited at a military hospital in Yola. It equally stated that troops are on red alert to avert any untoward incident.