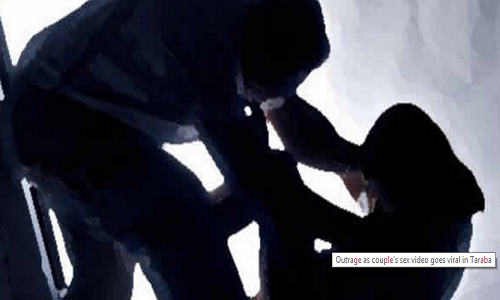 The Taraba Police Command, on Monday, warned citizens in the state against circulating sex video on social network platforms.
A sex video involving a man and a woman, both of whom were residents of Jalingo, had gone viral on the social network, sparking off public outrage.
The command’s spokesman, Mr David Misal, said that circulating sex video can constitute a public nuisance, which can spark off public unrest.
“The perpetrators of this act must desist from it immediately because it can cause public nuisance and dent the image of our society,’’ Misal said.

When contacted, a Muslim cleric, Ustaz Aminu Abdullahi, condemned the video and urged security stakeholders in the state to address the issue immediately.
“I am calling on all stakeholders to tackle this offence, which is against our religion, culture and even our laws.
“The two persons having sex in the tape are residents of Jalingo. We expect them to be brought to book to serve as a deterrent to others.
“This irresponsibility cannot be allowed to continue because it will erode our values and expose our children to immorality.”
(NAN)
Follow Us on Twitter!