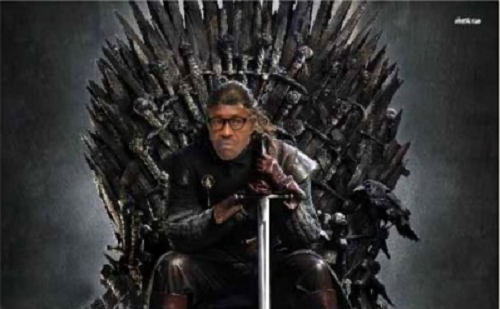 President Muhamadu Buhari is to undertake a tour of Southeast states to improve his relationship with the Igbo, Imo State Governor Rochas Okorocah said yesterday. According to him, how to warm Buhari into the hearts of Southeasterners was one of the reasons he visited the President at the Villa. Okorocha is the only governor elected on the platform of the All Progressives Congress (APC) in the region where the President scored the least vote in the 2015 election. Okorocha said there is the need for Mr President to come to the Southeast as quickly as possible, “to begin to show his presence.”

The governors also expressed optimism that the membership of the APC in the South East would increase because many politicians had been joining the party. He said “the Southeast before now was not measuring up in APC, but we have worked out strategies and modalities on how to improve the relationship between the South East and the APC. According to the Imo governor, President Buhari’s qualification to run for second term in 2019 is not in doubt but that he must go through party primaries to avoid imposition of candidates. He said: “The gentleman is looking much more handsome than even before he went to hospital; he is looking stronger and so he has every right and qualifications to re-contest, there is nothing wrong at all. But, we don’t allow imposition of candidate. It must be democratically done. If President Buhari will lead the ship in 2019 and I said, democratically done, transparently (done) to the amazement of the whole world, the way we do our things in APC and people will be happy.”
Follow Us on Twitter!