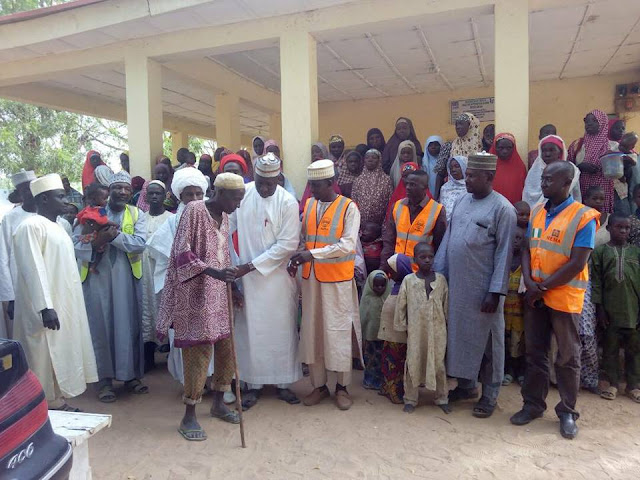 Dozens of armed bandits suspected to specialized in cattle rustling ransacked communities of Tsibiri, Faru, Sabon Garin Tsibiri, Katuru, Galadi, Tungar Kaho in Maradun and Shinkafi Local Government Areas of Zamfara state killing more than 25 people.
The attack also resulted in colossal loss of properties as no fewer than 1,037 Sheep, Cattle and Camels were carted away by the rampaging hoodlums. Hitherto number of Houses, Shops, Silos stocked filled with foodstuffs were completely razed down by the gunmen.
People in the the community most especially married women and young girls have fled to neighboring communities to take solace as they were subjected to sexual harassment by the gunmen.
So far, hundreds who survived the onslaught have fled the area and desperately in need of humanitarian assistance are presently taking refuge in about four Internally Displaced Persons (IDPs) Camps established for their safety.

An assessment team from the agency led by the Head Nema Sokoto Operations Office, Mal. Suleiman Muhammad with the aid of ZEMA, authorities of the affected places and other emergency workers have visited some of the areas to ascertain the level of damages following the incident.
However, access to some affected communities prove abortive as the gunmen have laid ambush which makes it vulnerable, difficult and impossible to assess.