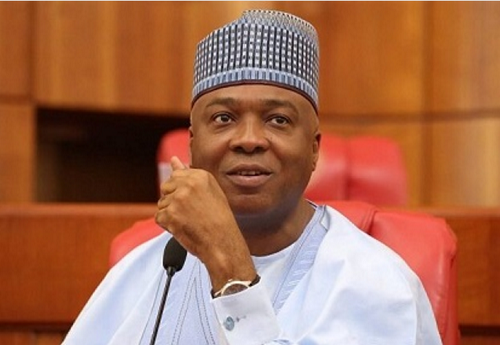 Politicians are always respected when they have the influence to turn
things around. As a result, political elites are always in an endless
battle to either ignite or reignite such influence and set it in
motion at all times. When a politican gradually begins to lose
influence, especially financial and political clout, such a politician
then begins to lose relevance and gradually go into oblivion.
When the 2015 general elections were conducted and the All
Progressives Congress (APC) won majority of the  seats in the National
Assembly among others, the battle for those that would take the
mantles of leadership of the both chambers at the National Assembly
began in an intensed manner.
The cabal had people they wanted to place in such advantegous
positions so that they can easily have control and influence over the
activities of the National Assembly through them.

The Senate President, Dr. Abubakar Bukola Saraki was not among those
on the "golden list" of the cabal. When Saraki emerged as the Senate
President against their preferred candidate, that was when their fight
against Saraki took fierced fronts.
Saraki is someone you cannot easily control. You cannot play any kind
of music and expect him to dance. That is why the cabal don't like
him.
Saraki as the Senate President has saved the Senate from being
hijacked by the cabal who would have used the Senate including the
House of Representatives for their diabolical schemes.
Even at the heart of the recession, he was sanguine about prospects
for the Nigerian economy. Despite his relentless efforts towards
making Nigeria better, some groups of people who have been beguiled by
haters of Saraki keep engaging in scurrilous attacks on his
personality.
Saraki has done great and is still doing great to make the 8th Senate
more impactful and also ensure that the overall interest of Nigeria
should be first at all times above personal and political interests
since he is always solicitous about the welfare of Nigerians.
Follow Us on Twitter!