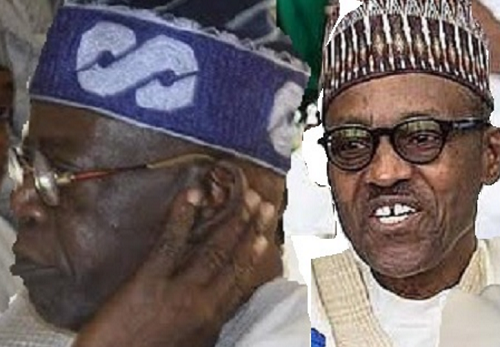 Former Minister of Aviation, Femi Fani-Kayode, has lamented the tragic events that happen to those who occupy Nigeria’s number one seat and their loved ones or individuals who show interest in the position, saying the death of Jide Tinubu was tragic.
According to him, “one year and six months before the 2019 presidential election, Asiwaju Ahmed Bola Tinubu, former Governor of Lagos state, APC National Leader, Buhari’s closest and most powerful ally in southern Nigeria and a man who, it is rumoured, h imself has presidential ambition lost his first son”.

This is contained in an article he on Facebook on Saturday titled: The angel of death that stalks the corridors of power.
Fani-Kayode also recalled other instances that involved those who have had the privilege to be in the presidential villa.
He wrote: “Chief Bisi Onabanjo, the first democratically-elected Governor of Ogun state lost his first son. Alhaji Lateef Jakande, the first democratically elected Governor of Lagos state, lost his first daughter. Dr. Omololu Olunloyo, the second democratically-elected Governor of Oyo state lost his son.
“Chief Festus Okotie-Eboh, the first Minister of Finance of Nigeria was killed. Chief Alfred Rewane, one of the founding members of the Action Group and a leading figure in NADECO, was killed. The list is endless and I could go on and on.
“Alhaji Musa Yar’adua was Minister of Lagos Affairs in the First Republic. He was blessed with a long and peaceful life. However two of his sons were not so lucky.
“His first son, General Shehu Musa Yar’adua, who was number two to General Obasanjo when he was military Head of State and who for many decades was one of the most powerful men in the country, was murdered whilst he was in prison. His second son, President Umaru Yar’adua, was cut short in his prime by a strange and inexplicable ailment after he had been President for only three years.
“He was succeeded by his number two, Vice President Goodluck Jonathan. Jonathan lost his brother and his mother-in-law one year after the other after he became President. After losing the presidential election in 2015 he lost his Special Advisor on Political Affairs and his Chief Security Officer within a matter of months.
“Worse still those that he had been deputy to throughout his political life, either as Deputy Governor or Vice President, always suffered one form of misfortune or the other, whether it be death, shame, incarceration or impeachment, and he would end up stepping into their shoes and taking their place.