Home » news » Two Brothers Buried Side By Side After Being Beheaded By Cultists In Rivers. (Photos)

Two Brothers Buried Side By Side After Being Beheaded By Cultists In Rivers. (Photos) 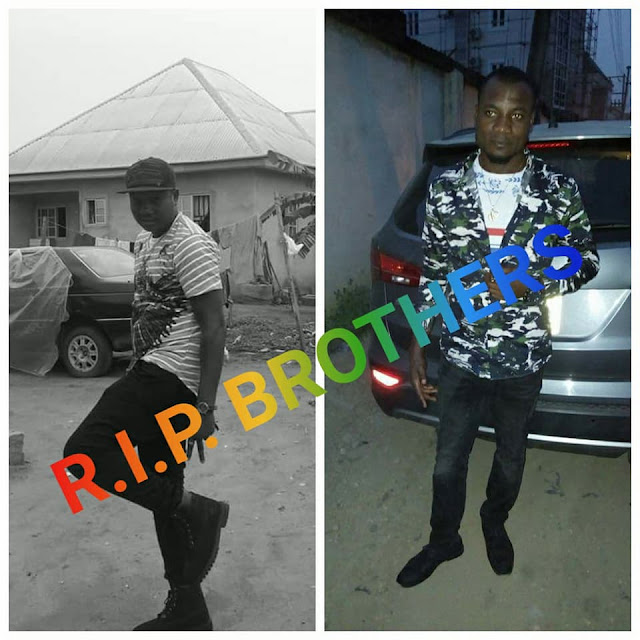 The two brothers who were beheaded by cultists in Umudioga Community in Ikwerre Local Government Area of Rivers State – have been laid to rest side by side. The siblings identified as Emeka and Ifeanyi Wobo were beheaded by the suspected cultists in Rumuokpareli, Ibio/Akpo community in July, 2017.
A rival gang invaded the community which resulted a clash with another gang leading to the death of at least five people while several others sustained injuries.