Home » news » UNBELIEVABLE! Check Out The Shocking Things We Discovered About Sam Okwaraji 29 Years After He Died Playing For Nigeria

UNBELIEVABLE! Check Out The Shocking Things We Discovered About Sam Okwaraji 29 Years After He Died Playing For Nigeria 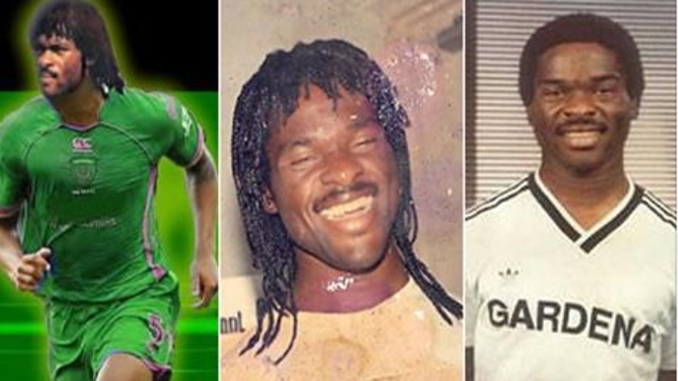 Millennials have one way or the other heard of the story of the great Samuel Okwaraji but not many actually know his true story
What most people know is; he was a patriotic and legendary football player who died while on the pitch playing which actually is true.
It was a historical yet tragic day on the 12th of August, 1989, at the National Stadium, Lagos, during Nigeria’s World Cup qualifying March with Angola.
A dreadlocked Nigerian midfielder, Samuel Sochukwuma Okwaraji popularly known as Sam Okwaraji who had a masters in international law from the University of Rome, Okwaraji slumped ten minutes from the end of the match and died from congestive heart failure at the age of 25.
Autopsy showed that Okwaraji who also entered the record books as the fastest scorer, at the 1988 Africa Cup of Nations which was the only edition he featured, had an enlarged heart and high blood pressure.
His team mates who spoke to Sports Village Square, said that the late football legend will always be a hero.
Etim Esin, a Super Eagles player who witnessed the incident said;

“I don’t like remembering the sad incident. It was the worst game in my career. Okwaraji’s death remains one of the greatest shocks I ever got.”
His teammate Austin Eguavoen, who went ahead to become Super Eagles coach said;
“This is not a good episode for me to recount. Remember that apart from Okwaraji, there were some other deaths among the fans. I weep any time I remember August 12″
Here’s to Sam Okwaraji! A legend like no other!