Home » news » Afenifere Never Organised Any Gathering Outside Yorubaland, So Why Must Chief Nwodo Run To Yoruba Territory To Conduct His Restructuring Debate? – IPOB

Afenifere Never Organised Any Gathering Outside Yorubaland, So Why Must Chief Nwodo Run To Yoruba Territory To Conduct His Restructuring Debate? – IPOB 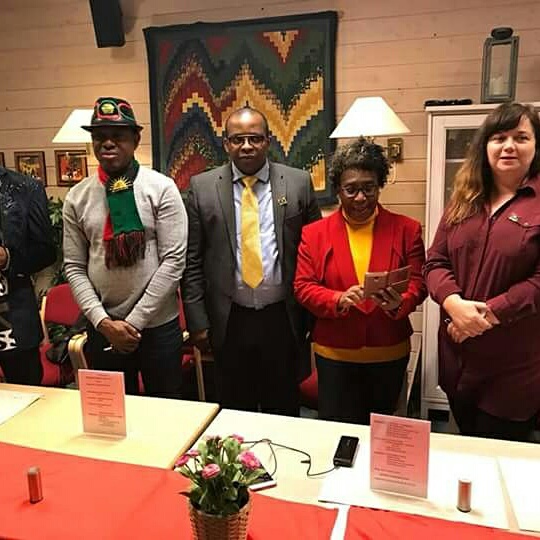 The Indigenous People of Biafra, IPOB, has attacked the leadership of Ohaneze Ndigbo for making Lagos State the venue of Thursday’s crucial meeting to discuss restructuring of Nigeria.
The group also said majority of Igbo people were firmly behind the quest for restoration of Biafra independence and not restructuring.
The IPOB noted that neither the Afenifere nor the Arewa Consultative Forum, ACF, can hold any serious meeting in Igboland.
While describing the event as a desperate attempt by the President of Ohanaeze, Chief Nnia Nwodo, to “relaunch his tattered image as Igbo leader,” the pro-Biafra group wondered why such event should be held outside Igboland.
The IPOB statement signed by its Media and Publicity Secretary, Emma Powerful, called on all Biafrans, especially those of Igbo extraction, to boycott the Lagos meeting, describing it as “Aso Rock sponsored gathering in Lagos.”
The statement added, “Arewa Consultative Forum consigns all their activities in Northern Nigeria, Afenifere always conduct their activities in Yorubaland, why must Ohanaeze Ndigbo move their activities outside Igboland to Lagos? It shows they are not proud of their land or people.


“The sole purpose of the gathering in Lagos is to create the impression that Nwodo is still in charge, despite the obvious death of the restructuring debate in the absence of the momentum provided by IPOB. Lagos is not and can never be the home of Igbo people, no matter how many millennia they may have lived there.
“Having lost credibility all over Igboland for his serial betrayal, Chief Nwodo has run to Lagos, the practice pitch of the National Stadium, Surulere Lagos, today, December 14, 2017, to relaunch his tattered image as Igbo leader. If he is, indeed, the leader of Igbo, what is he doing, convening a crucial meeting about Ndigbo in Lagos? Lagos is Yorubaland, not Igboland.
“Afenifere never organised any serious gathering outside Yorubaland, so why must Chief Nwodo run to Yoruba territory to conduct his restructuring debate. Is it because Igbo people are firmly behind IPOB quest for total Biafra independence not his restructuring agenda? Or is it because he knows nobody will attend his gathering of traitors anywhere on Igbo soil.
“We are urging all Biafrans, especially those of Igbo extraction, to boycott this sponsored gathering in Lagos.
“We are aware that a lot of money has been spent to mobilise dance troops from Anambra and Enugu States to charter buses with the promise of N350,000 pledge for any group that performs for Nwodo at Surulere today.”
Follow Us on Twitter!