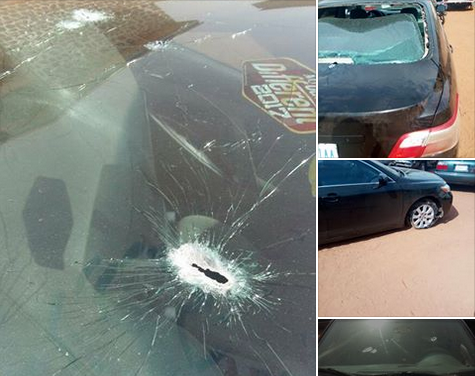 A PDP,Chieftain and former Executive Chairman of Dekina Local Government Council, Hon.Adejoh Akowe , on Wednesday,escaped assassination attempt on his way to his country home Abocho, in Dekina Local government Area of Kogi state.
Mr Adejoh Akowe who was on a private visit to Ayingba, was tailed by a car conveying the hired killers squad to a village along Anyigba and Ajiolo where the gun men open fire on his car.
It could be recalled that last Tuesday an attempt to assassinate the PDP, youth leader in Ayingba ward failed but his motorcycle and his house was said to have been vandalised by thugs suspected to be sponsored by the agents of the state.