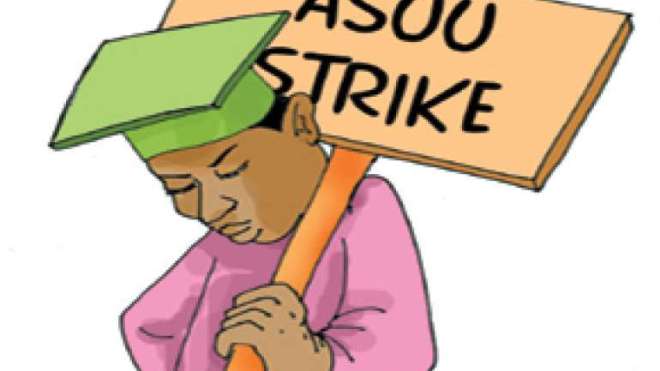 The Joint Action Committee has directed the Senior Staff Association of Nigerian Universities, Non-Academic Staff Union of Universities and Associated Institutions and National Association of Academic Technologists to resume strike on Monday. A letter to all the branch chairmen titled, ‘Directives to immediately resume the suspended strike,’ was signed by Samson Ugwoke, SSANU, Chris Ani, NASU and Sani Suleiman, NAAT.  The JAC had claimed that only a ‘pittance’ was given to the three unions out of the N23bn ‘earned allowance’ released by the Federal Government to the Academic Staff Union of Universities. The union complained that the government failed to explain how the money was shared between ASUU and the non-academic teaching staff unions.

The strike notice read, “Please, recall our last correspondence to you in which we informed you of the letter written to the Minister of Education rejecting the allocation made by the office of the Permanent Secretary and signed by the PS himself. “In the said letter, the Federal Government was given seven days to explain the criteria for the said allocation and do the needful. The deadline has elapsed without any response from the Federal Government of Nigeria. In view of the above therefore, you are hereby directed to resume the suspended indefinite strike action as from 12 midnight, Sunday, 3rd December, 2017. During this period, the strike shall be total and comprehensive.” When contacted for reaction to the claims by the union that they were cheated in the disbursement of the allocation, the ASUU President, Prof. Biodun Ogunyemi, said he was on the road and requested our correspondent to call back later.
Follow Us on Twitter!