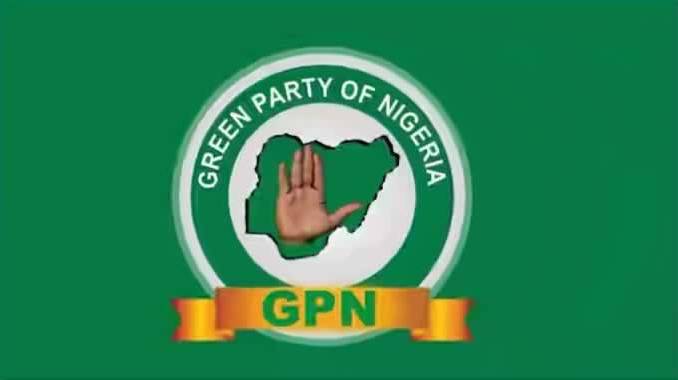 The Green Party of Nigeria has broken its silence on the ongoing ethnic agitation, especially on the Biafra agitation.
The party while speaking through it spokesperson, an expert on Conflict Management and Resolution, Iyoha John Darlington, shed light on the United Nations Charter on self-determination which he said is often misinterpreted by Biafra agitators to demand secession from Nigeria.
He explained that that clause, however, could never be invoked to demand secession seeing that it was only developed ''within the context of decolonization.''
He stated this while fielding questions in an interview with Daily Trust newspapers.
Asked how the GPN intends to address the Biafra agitation going on the southeast and south-south parts of the country, he said:

''This vexed issue of ethnic and secessionist agitations is not only a complex but multidimensional problem threatening our corporate existence as a nation considering the fact that the UN Charter on self-determination which is the basis upon which the bulk of the agitators erroneously demand secession is not only misconstrued but grossly misinterpreted by the leaders and their followers.''

Continuing he said, ''Over 97% of the agitators are in dire need of an imprint of sensory data being unfortunate victims of the Lockean concept or notion of tabula rasa to get them better informed on the provisions of that clause. The ongoing agitation for secession being championed by the Indigenous People of Biafra (IPOB) and the Movement for the Actualization of the Sovereign State of Biafra (MASSOB) is a purely domestic matter over which the United Nations or any other supra-national authority has no control or influence.''
On IPOB claim it wants a UN-supervised referendum for Biafra, he said ''The United Nations, for instance, cannot foist a referendum on any member state whose constitution makes no provision for the referendum clause that could be invoked to demand secession by secessionist groups.
In a similar vein, neither the UN nor the foreign powers whose sympathies the agitators often ignorantly appeal to can authorize or lead an armed invasion of Nigeria to effect secession, this remains an absolute impossibility.''
''The UN and AU Charters on self-determination, to the best of my knowledge, were only developed within the context of decolonization and this terminated on the attainment of statehood. While addressing this all-important issue, the Green Party of Nigeria (GPN) when voted to power will ensure the speedy inauguration of National Mobilization and Orientation Agency to deradicalize the youths who have been so falsely indoctrinated on what is possible and impossible within the ambit of International Law, look into the problems that gave rise to the agitations in the first place via extensive dialogue with a view to proffering lasting solutions and ultimately re-integrate them to society.''
Follow Us on Twitter!