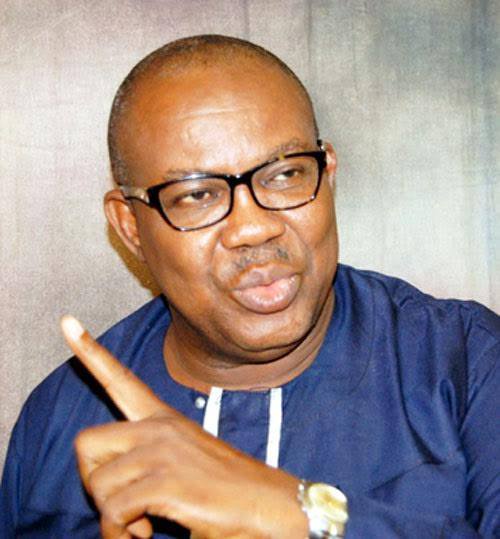 Secretary General, Eastern Consultative Assembly,  Elliot Uko, has said the leader of the Indigenous People of Biafra has exited the stage but be that as it may he remains a hero.
He said since the military invasion of his country home in Umuahia three months ago, nothing has been heard of the IPOB leader who he has given up for dead.
He stated this while fielding questions in an interview with Saturday Sun newspapers.
He said: '' Since soldiers attacked his house, nobody has seen his corpse. We don’t know his whereabouts. Kanu remains the eternal hero of the people of the eastern region. Nobody is talking about restructuring. It has died. Nnamdi, dead or alive, is revered, he is respected, and he is loved by all. He is deeply resented by apostles of the status quo, he is deeply resented by those who love Nigeria as currently constituted. Kanu is resented by the oppressors, resented by those who have held us in bondage.

''He remains the hero of 99.9 per cent of the people of the eastern region. Do you know why they love him? They love him because he has not compromised. They see it clearly. They know, if he had compromised, they would not have wanted to kill him. It is clear for all to see that the only reason why attempts have been made to kill him is because he refused to be bought over.
''So people love him, unlike others who pretend they are like Kanu but the oppressors love them, because they are conmen. If they were genuinely committed to the freedom of their people, like Kanu, the oppressor will not love them, dine with them, eat with them. They would have tried to kill them as they tried to kill Kanu., he said.
Follow Us on Twitter!