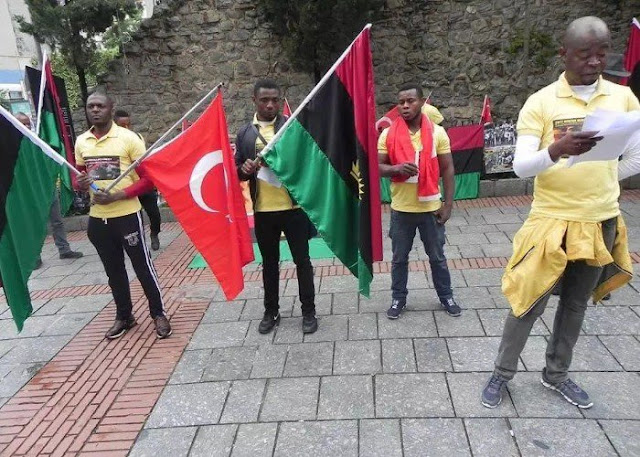 Turkish Diplomat and Businessman, Abdulkadir Erkahraman, who has been an ally of the Indigenous People of Biafra, IPOB, has threatened to withdraw support from the pro-Biafra group following the group’s support of U.S. President Trump on his recognition of Jerusalem as Israeli capital.
Recall that Trump, had last week recognized Jerusalem as Israel’s capital.
The recognition has since then generated a lot of controversies, facing stiff resistance from Arab nations.

However, IPOB, had hailed Donald Trump for the bold move.

Following the pro-Biafra group’s position, the Turkey Diplomat has threatened to withdraw support for Biafra agitation over IPOB support for Israel and USA Donald Trump.
Erkahraman wrote on Twitter, “If Biafran Nation and Administration stand for freedom, we will be with you. But if you are working for Israel with USA we are not with you.
We await the groups response in this regard.”