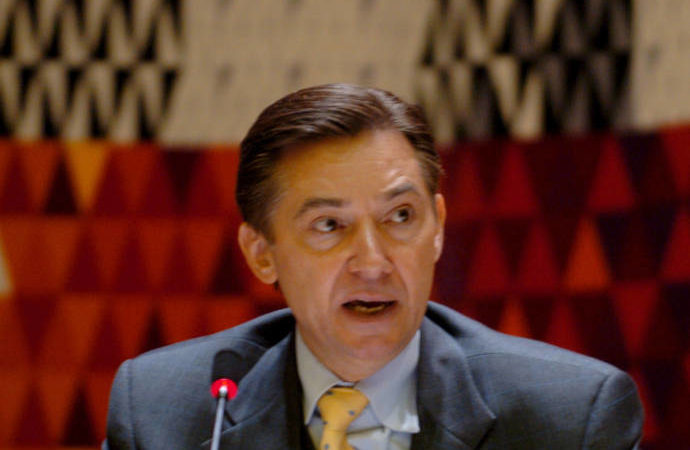 THE French Government has revealed Nigeria's common enemy on Thursday when he led a delegation of French Embassy attaches to the Government House in Abakaliki, the Ebonyi State capital.
The revelation was made through the  French Ambassador to Nigeria, Mr. Denys Gauer. He said that Boko Haram was both an enemy of France and Nigeria stressing that it will require collaborative intelligence gathering to deal with the group.
He said that Nigeria and France had become strategic partners noting that the French Government in 2014 organised a summit in its capital Paris with Nigeria’s neighbouring countries, which led to the creation of multi-national forces.
“The same policy has developed in political and security terms; it has continued with the new administration of President Emmanuel Macron who had good knowledge about Nigeria. Another follow up summit with concerned countries participating in the regional summit had equally been held.

“I am sure the New French President will soon pay a visit to Nigeria to strengthen this relationship. I can tell you that French President Macron and President Buhari are currently meeting at the European Union /African Summit holding in Abidjan the Ivory Coast capital.
“We have developed our relationship with Nigeria in both political and security. This is ironically because of Boko Haram, it is a common enemy that has brought France and Nigeria together,” he said.
Continuing he said ” We have encouraged Francophone neighbouring countries to work with Nigeria; we have formed a common strategy to fight Boko Haram, provided some facilities and share intelligence with the Nigerian Armed Forces.
“France developed cooperation with Nigeria Armed Forces in terms of intelligence gathering, the cooperation has developed positively, in terms of security both countries have become partners.