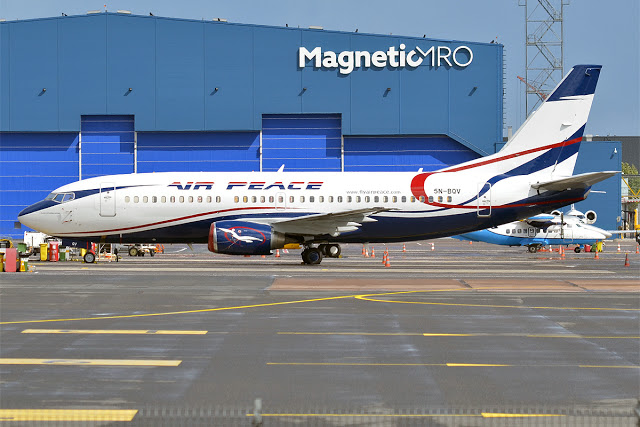 Air Peace, one of Nigeria’s leading carriers, is to connect Freetown in Sierra Leone, Banjul in The Gambia and Dakar in Senegal from Lagos with effect from Friday, December 15.
The Corporate Communications manager of the airline, Mr. Chris Iwarah, said the new routes would constitute the second phase of the airline’s expansion drive on the West Coast of Africa and bring its route network to a total of 14 destinations.

Iwarah explained that the airline planned to operate flights to five other regional routes as well as six international destinations comprising Dubai, London, Guangzhou-China, Houston, Mumbai and South Africa soon.
He said the new flight to Freetown, Banjul and Dakar would be serviced by its Boeing 737 aircraft to guarantee the comfort of its passengers.
The flights, he added, would be four times a week - Mondays, Wednesdays, Fridays and Sundays - at 7am (local time).
Follow Us on Twitter!