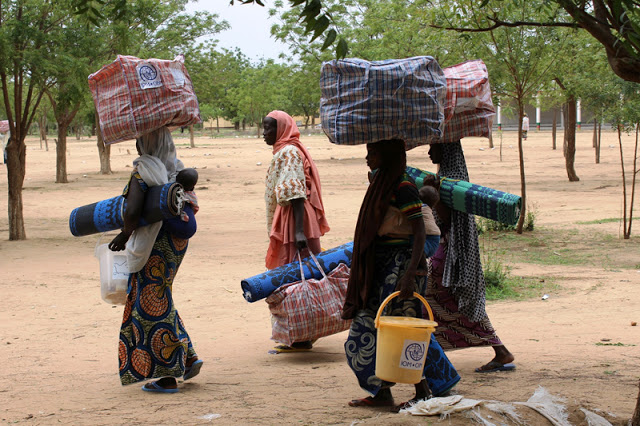 When soldiers burst into her village in southwest Cameroon last month with guns blazing, small farmer Eta Quinta, 32, raced into the forest with three of her children.
“I found a canoe and I used it to cross over with my kids, not knowing where my husband and my (other) two kids are,” she told Reuters across the border in Nigeria, where thousands of English-speaking Cameroonians have fled in past weeks.
What began last year as peaceful protests by Anglophone activists against perceived marginalisation by Cameroon’s Francophone-dominated elite has become the gravest challenge yet to President Paul Biya, who is expected to seek to renew his 35-years in power in an election next year.
Government repression – including ordering thousands of villagers in the Anglophone southwest to leave their homes – has driven support for a once-fringe secessionist movement, stoking a lethal cycle of violence.

The secessionists declared an independent state called Ambazonia on Oct. 1. Since then, 7,500 people have fled to Nigeria, including 2,300 who fled in a single day on Dec. 4 fearing government reprisals after raids by separatists militants killed at least six soldiers and police officers.
The United Nations refugee agency UNHCR is preparing for up to 40,000 refugees.

Quinta and her children walked for three days through the dense forests to reach a border crossing at the Agbokim Waterfalls. They remain without news of the rest of the family.
“There are many pregnant women in the forest,” Quinta said as she held her sick two-month-old baby whose head was covered by a white wooly hat. “I have friends in the forest and am not sure if I will get to see them again or their kids.”
At the end of World War One, Germany’s colony of Kamerun was carved up between allied French and British victors, laying down the basis for a language split that still persists.
English speakers make up less than a fifth of the population of Cameroon, concentrated in former British territory near the Nigerian border that was joined to the French-speaking Republic of Cameroon the year after its independence in 1960. French speakers have dominated the country’s politics since.
Cameroonian authorities say the English-speaking separatists pose a security threat that justifies their crackdown.
The new arrivals in Nigeria live mainly with host families who have supported them with food, clothing and shelter. The integration, a UNHCR official said, was made easier by the pidgin English spoken on either side of the border.
Follow Us on Twitter!