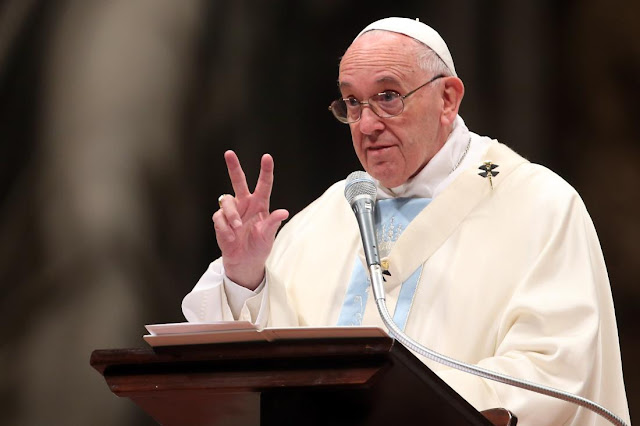 Today, Pope Francis has accepted the resignation of Bishop of the diocese of Banjul (Gambia), presented by S.E. Bishop Robert Patrick Ellison, C.S.Sp.
Appointed almost immediately was  Bishop  Fr. Gabriel Mendy, C.S.Sp., until now professor and vice-rector of the Spiritan International School of Theology at Enugu in Nigeria.
Fr. Gabriel Mendy, C.S.Sp., was born April 9, 1967 in Lamin, Gambia, in the Diocese of Banjul. After completing his secondary studies in 1985 at the St. Peter's Technical and Senior Secondary School in Lamin, he lived in Postulandato and Novitiate in Gambia from 1985 to 1987.
After studying philosophy at Nsukka in Nigeria (1987-1990) she had a pastoral experience in the parish of the Most Holy Trinity in the Diocese of Kenema, Sierra Leone, from 1990 to 1991. He studied at the Duquesne University in Pittsburgh, USA, where he graduated in Philosophy. Peter's Seminary and St. Theresa's Secondary School (1992-1993).

He continued his training at the Spiritan International School of Theology in Enugu, Nigeria, from 1993 to 1997.
He issued the Perpetual Profession on 31 August 1996 in the Congregation of the Holy Spirit.
Following the presbyterous ordination, which took place on November 15, 1997, he held the following positions: 1997-1998: Pastoral Service at St. Peter Parish and St. Theresa's Parish; 1997-1998: Collaborator at St. Martin of Porres Parish in Freetown, Sierra Leone; 1999-2002:
Teacher at the Pre-Major Seminary of St. Kizito in Kenema, Sierra Leone, and pastor in the Parish of the Holy Trinity in Kenema; 2002-2004:
Parish priest in the parish of Santa Maria in Pendembu, Sierra Leone; 2004-2009: Student at Duquesne University in Pittsburgh, U.S.A .; 2009-2010: Parish Vicar in Our Lady of the Sea parish in New York, USA, where from 2006 to 2016 is a summer co-worker.
Since 2010 he has been a Professor of Ecclesiology, Fundamental Theology, Theology of Cult, Liturgy and Catechesis at the Spiritan International School of Theology in Nigeria; since 2011 he is also Vice-Rector of the same Institute.
At Duquesne University he obtained a degree in Theology in 1998 and, in 2009, PhD in Systematic Theology.
Follow Us on Twitter!