Home » news » BREAKING: Remember The 32 SARS Officers Arrested For Armed Robbery And Extortion? See What Is Happening To Them Now

BREAKING: Remember The 32 SARS Officers Arrested For Armed Robbery And Extortion? See What Is Happening To Them Now 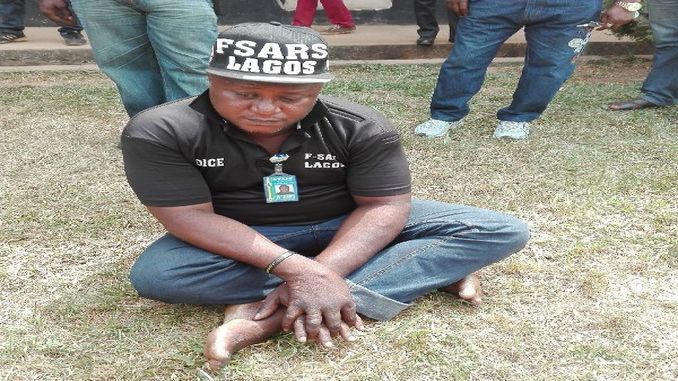 About 32 officers of the Special Anti-Robbery Squad (SARS) from various parts of the country are currently held in detention at the federal SARS at Guzape district Abuja. They are being detained on allegations of robbery and extortion.
According to sources, their arrest was ordered by the Inspector-General of Police, Ibrahim Idris, they have also been denied access to their family members and lawyers as a team of top police officers has been assigned take up investigation into their cases.
According to sources, it was also hinted that the Lagos Command has the highest number of detained officers followed by the federal capital territory while other states has lesser number of detained SARS officers.

The detainees’ various commands have been invited to bring forth evidences against them as they were being accused of crimes ranging from extortion, robbery, rape, among others.
While the Assistant Commissioner of Police in charge of SARS at the force headquarters, Yusuf Kolo, has refused to speak on the arrest claiming his job was purely operational and investigative in nature, the source disclosed that at a recent meeting with the Police management team, the IG decided to apply prompt punishment for any SARS officer found wanting here in Abuja instead of their commands, where such cases are not properly handled.
Source: Insidesourcesng
Follow Us on Twitter!