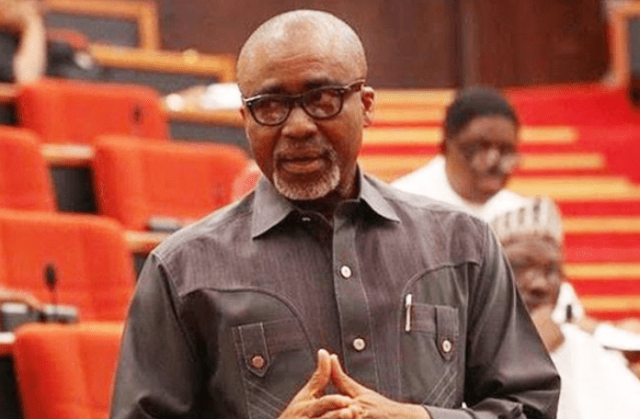 Embattled Senator Abaribe has kicked against the withdrawal of $1.bn from the Excess Crude Account (ECA) in the fight against Boko Haram militants insisting that due process must be followed.
In a meeting by the National Economic Council presided on Wednesday between the Vice President, Prof Yemi Osinbajo, and the 36 states governors, approval for the withdrawal of a whopping $1bn was made and announced to prosecute the fight.
This, according to Senator Abaribe amounted to a constitutional breach since it is only the National Assembly is empowered by the constitution to make such approval.

He said: “Only the NASS can appropriate funds for the Federal Government.
''Recall that when President Jonathan wanted funds to fight Boko Haram, he approached the NASS,” he said last night.
Follow Us on Twitter!