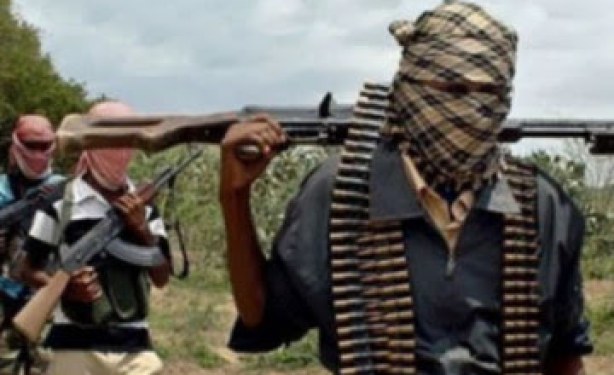 Gunmen believed to be armed robbers, Wednesday evening, raided the Lapai Police Station, in Lapai Local Government Area of Niger State, killing two policemen and injuring four others.
The hoodlums also raided a bank and took over the community. The robbers numbering about 50, sacked the police station before robbing the bank.
A witness said in commando style, the robbers took the police unawares as they shot sporadically, leaving the police helpless.
The witness who spoke on the condition of anonymity said: “This was the  first of its kind. I have not seen that kind of thing until Wednesday when the hoodlums were shooting as if we were in a war situation.

“After killing the policemen and injuring four others, the robbers shot their way into the bank vault, from which they carted away money in sacks and Ghana-must-go bags.”
Four customers of the bank were shot dead while 12 others were injured. The robbers came through Gulu-Lapai road in three vehicles. They later broke up into two groups.
“One group blocked the three major roads leading to the town, to ward off security personnel.
“They shot into the air and held the entire community hostage. There was panic and commercial activities were grounded as people scampered for safety. Traders hurriedly closed shop.”
Niger State Commissioner of Police, Mr. Austin Agbolahor,  yesterday led other senior officers on visit to the scene.
Follow Us on Twitter!