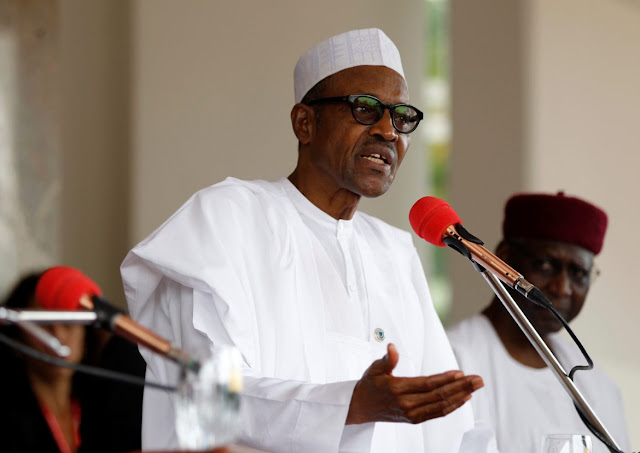 President Muhammadu Buhari,  has reiterated the commitment of Nigeria to playing a leading role in bringing together countries of the West African sub-region in a collective security arrangement.
Speaking in Jordan at a security meeting hosted by King Abdullah II, President Buhari said that with what Nigeria had gone through, it was ready to share the experiences with a view to fashioning out comprehensive action plans in tackling the scourge of violent extremism in the region.
While calling for a stronger and well-coordinated collaboration, President Buhari said that the joint regional collaboration under the auspices of the Multinational Joint Task Force, combined with the efforts of the Nigerian Armed Forces, had gone a long way to decimate the activities of extremists in the West African region.
The Nigerian President, according to a statement by his Special Adviser on Media and Publicity, Mr. Femi Adesina lamented that insurgents were able to attract members in their fold because of the insidious preaching of extremist clerics and called for an action plan to halt the trend.

President Buhari also urged leaders, especially from the Muslim world to speak up against the hateful violence committed by deranged people in the name of Islam.
He said, “All nations, irrespective of religion should partner effectively in implementing national, regional and global action plans to counter violent extremism.”
At the end of the meeting, participants resolved to come up with concrete action plans that would change the narrative of violent extremism in the West African sub-region at a follow-up meeting to be hosted by Nigeria.
Follow Us on Twitter!