Home » news » Christmas: Ebonyi Civil Servants Smile. Check Out What Governor Umahi Has For Them

Christmas: Ebonyi Civil Servants Smile. Check Out What Governor Umahi Has For Them 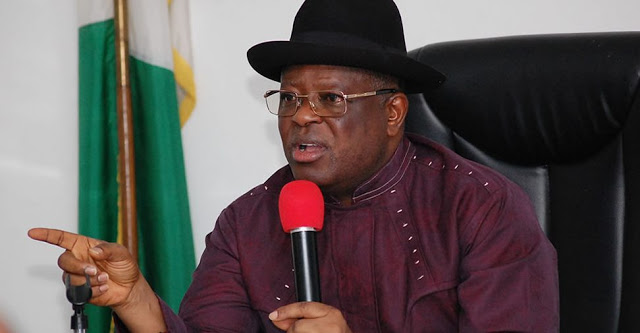 It’s early Christmas for civil servants in Ebonyi state.
Feelers from Government House has it that Governor David Umahi is set to pump about N400 million from the Paris London Club Refund Loan from FG into uplifting the spirits of his workforce. This money will be sunk into clearing 2017 December salaries, accumulated 2016 and 2017 leave allowance benefits as well as pension liabitilities stretching as far back as 2015, before this year’s Christmas celebration. This gesture is to be accompanied with the end of the year bonus of N10, 000 across board for all civil servants. The beauty of this pronouncements is its ability to improve the purchasing power of civil servants this yuletide as all outstanding debts to workers are to be cleared. No strata of the civil service population, including retirees will say that the Governor has not reached them one way or the other during this season.

In fact, Ebonyi State civil servants are truly in a celebration mood as Governor Umahi goes about distributing love and touching their lives every now and then. Governor Umahi has laid foundation for a memorable Christmas for these workers and their dependants.
Public servants in the state are also stretching their necks eagerly looking forward to the usual Christmas Rice largesse of the Umahi administration which the governor has also promised to dole out.
The reality is that millions of civil servants across Nigeria are going to have a blue Christmas and an even bleaker new year with some owed up to 9 months arrears of salaries. But not Ebonyi workers! Ebonyi governor has an incredible trajectory of regular salary payment, with salary alerts received by 15th of every month. As their contemporaries slip deeper into salary palaver, Ebonyi workers would rather be smiling big this yuletide.