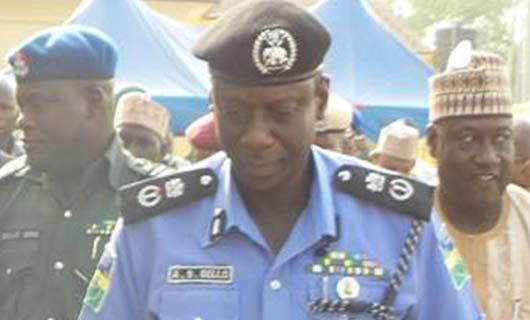 The Commissioner of Police in Charge of the Federal Capital Territory, FCT, Abuja Command, CP Sadiq Bello has confirmed the alleged threat to bomb Nigeria's capital city of Abuja and other six major Nigerian cities.
He said intelligent reports reaching the Police Command confirmed that such plans were actually in the pipeline.
He made the disclosure while speaking during a stakeholders forum organized in FCT over the proposed threat.
Reacting to the threat the CP Bello said that security agencies are on high alert to make sure the ill-conceived plan was foiled.

According to him,  “the threat to attack the city is real; however, we want to assure members of the public that we are working in collaboration with other sister security agencies to ensure that we all enjoy a peaceful yuletide.
Speaking further he said, “We are doing a lot but we don’t want to mention the strategy so that the men of the underworld don’t take advantage of it.
Continuing the Abuja Police boss said, ”We are doing a lot especially with our sister security agencies. We have already mapped out strategies and we have already commenced that.
In his words: “It may involve massive raids, massive visibility policing, vigorous stop and search and we would also embark on intelligence gathering.
The CP who pleaded with the members of the public to come forward with useful information that would help prevent the attack Said,  “Police work is not magic, we depend on members of the public to make contribution and that is why we are urging members of the public to come up with useful information that would help us nip crimes in the bud.

''If they see people of questionable character and suspicious movement, they should come to us quickly because we want to take necessary measures to prevent the actualization of the threat”.