Home » news » #ENDSARS : 5 Reasons Why SARS Should Be Abolished(Photos)

#ENDSARS : 5 Reasons Why SARS Should Be Abolished(Photos) 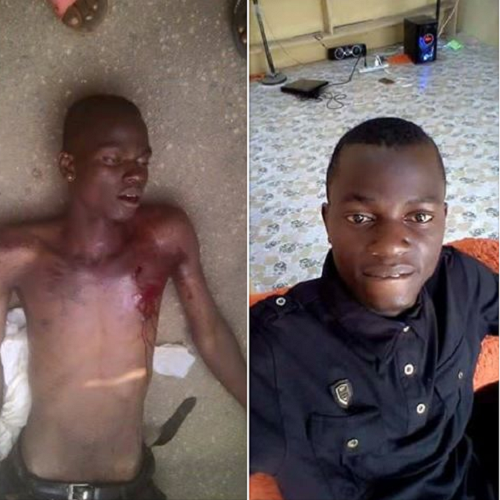 By Wisdom Nwedene
Over last few days, many of our youths have tried by raising their voices against the SARS because of how they operate these days. Let me say kudos to our celebrities too for joining the ENDSARS Campaign, it shows that the youths and most of our celebrities have started to know their rights and equally stand against the injustice being melted upon them by those who are meant to protect them.
A guy once told me that it is better he enters into the hands of criminals than falling into the hands of SARS for protection, I was shocked after he explained to me what he passed through one day in their hands. The truth remains that people are no longer comfortable with SARS and below are some of the reasons why it should be abolished if they should continue operating the way they doing right now!!
1) SARS Believes That Every Young Guy With A Laptop Is A Yahoo Guy : This is very bad at this our generation where every young guy is trying to make a living from many online businesses that we have , some are bloggers, some are into forest traders, etc. The Federal Government should make SARS to understand this please and also that they have no right to even shoot a person just because he is a suspected yahoo boy. They should investigate first if the person is a yahoo guy, he should be charged to court and if find guilty, the person should be prosecuted.


2) People No Longer Trust Them : From the recent outrage online against them already shows that the masses no longer believe and trust in them to be secured and protected. Why can’t they be abolished then? Even the police recently released a number which a person should be called if he is being harassed by SARS? The question remains if police still believe in SARS, why did they have to say such because SARS are meant to protect we the poor masses not harassing us right?
3) They shoot sporadically : I don’t know whether they don’t teach them how to handle the gun or what but the truth remains that SARS shoot anyhow without minding whether the stray bullet will hit an innocent person. SARS ought to be a noble professional but looking how things are going right now, it seems as if they have rotten which is why the masses are crying.
4) SARS Believes That They Are Above The Law : It is crystal clear that SARS feels that they are above the law if you look at how they behave if not tell me why they should kill someone if court has not proven the person guilty of the crime he is being accused of.
5) I want to use this opportunity to round off and advice the SARS to have a rethink because the recent online campaign against them shows that the masses are extremely angry with them. It is time for them to try and think about why they are actually established and work towards that. I rest my case
You can add yours please
(Wisdom Nwedene is a blogger, writer and newspaper editor. Contact : Nwedenewisdom@gmail.com)