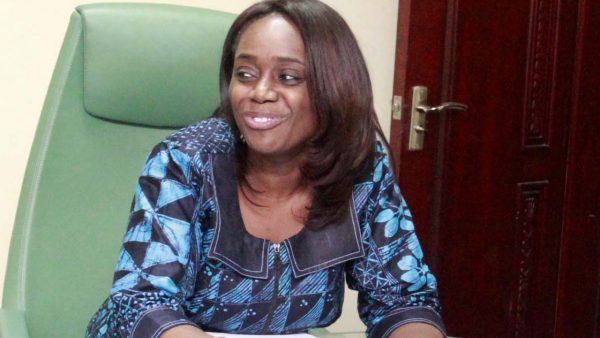 Out of 70 million taxable adults in Nigeria, only 40 million of them pay taxes, the Minister of Finance, Mrs. Kemi Adeosun has said.
She spoke at the first annual lecture of the Lagos State Professorial Chair of Tax and Fiscal Matters held at the Ade-Ajayi Auditorium of the University of Lagos.
Mrs Adeosun who chaired the lecture, said about 13 per cent of the active tax payers have their taxes deducted at source under the Pay as You Earn (PAYE) category.
She said tax policies cannot be rigid and needed regular reviews so that many more of the 30 million defaulters pay their taxes.


She said: “I have kept asking why the 30 million people have refused to pay taxes. Another major challenge is the fact that many Nigerians have other sources of income, yet they are only taxed only through the PAYE. Yet, they earn so much from part-time jobs, and extra businesses.”

According to the minister, new tax policies in the country must capture online businesses, entrepreneurship and others such as the film industry, otherwise regarded as nollywood.
Mrs. Adeosun, who reiterated the importance of taxation to national development, noted that every developed country has a well developed tax policy and that Nigeria cannot be an exception.
In his lecture titled: “Policy, Legal and Administrative Imperatives in the Quest for Eradicating Multiplicity of Taxes (MOT) in Lagos State” Prof Abiola Sanni of the UNILAG Law Faculty, lamented the intractable nature of “the phenomenon called multiplicity of taxes in Nigeria despite the effort aimed at addressing it and need to consider fresh interventions from the dimension of tax policy.”
Sanni said Lagos State had nine tax laws from which the government gets income but a review revealed that only three of them – hotel occupancy and restaurant law, land fees and land use charge, and wharf landing fees law are currently been administered in the state.
He further said the Federal Government should admit that an important aspect of Value Added Tax (VAT) on intra-state supply of goods and services was within the taxing powers of states and should be allowed to use it.
Follow Us on Twitter!