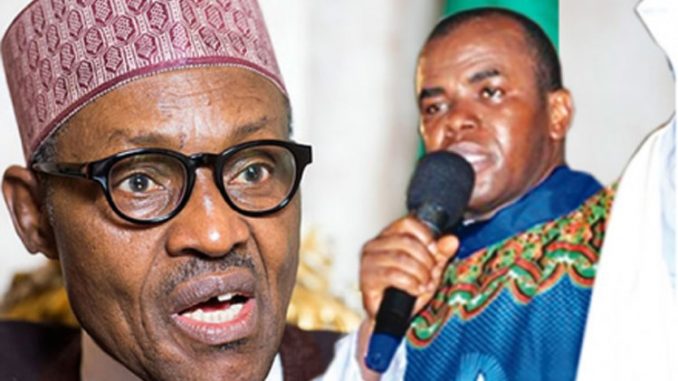 Rev. Fr. Ejike Mbaka criticised old politicians in the country, He called on the youths to take charge of their own future
The religious cleric said he would support youths Rev. Fr. Ejike Mbaka has lashed out at ‘old and incompetent politicians’ in Nigeria vowing to support youths to take over the leadership of the country.
The Sun reports that the spiritual director of Adoration Ministry spoke on Thursday, November 30 ahead of the church’s December crusade. Mbaka called on youths to take charge of their future and stop being stooges to politicians using them for their personal gains.

He said: “The time of old and incompetent politicians using the youths as thugs was over. It is pathetic that men the youths should be leading are ironically leading them. It is a shame to our youths.”
The religious cleric said he had charged his worshipers to acquire voters’ cards and that he would take serious measures against those who don’t have “as that amounts to sin as it paves way for the election of wrong and corrupt leaders.”
Mbaka said he was feeling the brunt of evil leadership the more as unemployment and social problems created by bad government has stretched his charity work.
Follow Us on Twitter!