Home » global » GAMBIA: U.S., Gambia on collision course over recognition of Jerusalem as Adama Barrow issues warning in a statement

GAMBIA: U.S., Gambia on collision course over recognition of Jerusalem as Adama Barrow issues warning in a statement 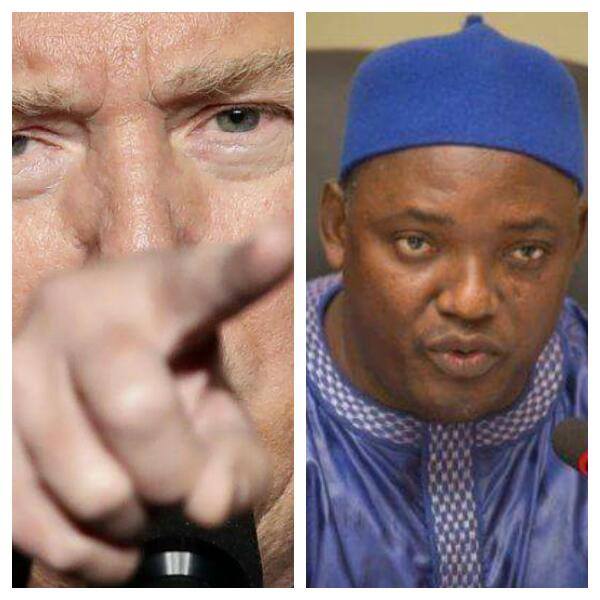 THE Gambian Government has attacked the US President Mr. Donald Trump over the recent statement declaring and recognizing Jerusalem as the capital of Israel.
Speaking through its Foreign Ministry, the Gambian government called the sovereignty of Israel over Arab-East Jerusalem in question which it said was seized during 1967 war which is not recognized internationally as part of Israeli territory.

The statement read: “The Ministry of Foreign Affairs, International Cooperation, and Gambians Abroad (MoFA), has learned with great concern declaration made by the President of the United States of America recognizing Jerusalem as the Capital of Israel and that it will be moving its Embassy from Tel Aviv to Jerusalem.
May it be reminded that Israel’s sovereignty over East Jerusalem, which it seized in the 1967 war, is not recognized internationally and goes against several UN Resolutions. In the same vein, under the US-brokered Oslo accords of 1993, the City’s status was to be decided through negotiations with the Palestinians.
The Ministry of Foreign Affairs, therefore, calls for the withdrawal of the statement and urges for the pursuit of dialogue in order to resolve this dangerous escalation of the Arab – Israeli conflict.”