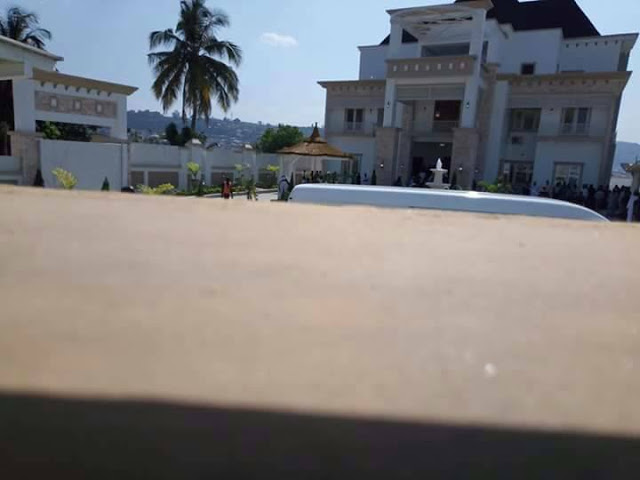 Governor Bello is owing Kogi Civil servants over 20 month salaries,while the plights of pensioners and local Government workers is pathetic as majority of them died due to poverty and disease.
With this edifice, Kogites clearly discovered where their Commonwealth was diverted to.

How can a Governor whose decimal performances is all over the state commissioned an edifice built with Kogites taxpayers money be said to be God fearing?
Is Governor Yahaya Bello and his Chief of staff,Edward Onoja above the law?
TAKE NOTE
#FACT HAS IT THAT GOV. BELLO NEVER COMMISSION ANY ROAD SINCE HE WAS MADE THE GOVERNOR
#FACT HAS IT THAT GOV.BELLO NEVER BUILD A SINGLE HOSTEL FOR ANY HIGH INSTITUTIONS IN KOGI STATE
#BUT BELLO HAS SO FAR TAKEN CARE OF HIMSELF WITH TAX PAYER MONEY