I challenge you to produce your WAEC results – Reno Omokri attacks Shettima, Buhari 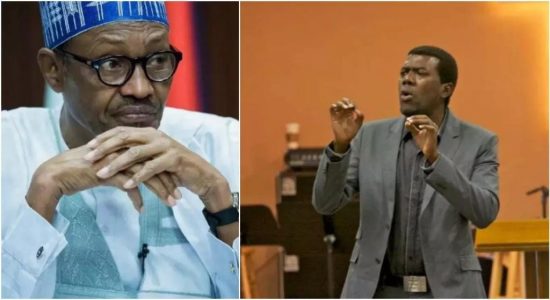 Reno Omokri, former aide to immediate past president, Goodluck Jonathan, has slammed the Governor of Borno State, Kashim Shettima, over his comments against his ex-principal.
Shettima had described Jonathan on Thursday as a clueless leader and an ‘unsophisticated country person’ while speaking at the launch of a book, “On a Platter of Gold: How Jonathan won and lost Nigeria,” authored by spokesperson of the All Progressives Congress (APC), Bolaji Abdullahi.

However, Reno Omokri, while reacting through series of tweets, challenged Borno Governor, Kashim Shettima to publish President Buhari’s WAEC certificate alongside his own since he described Former President Goodluck as simpleton.
He wrote: “Today in Abuja, Shettima called Jonathan a ‘simpleton’. In my book, Facts Versus Fiction: True Story of Jonathan Years, I published Dr. Jonathan’s WAEC results where he made 7 A’s.
“I challenge Shettima and PMB to also publish their WAEC result. Let’s see who the real simpleton is!”
Follow Us on Twitter!