Home » opinion » JUST IN! No place for Boko Haram terrorists in Nigeria - Buhari

JUST IN! No place for Boko Haram terrorists in Nigeria - Buhari 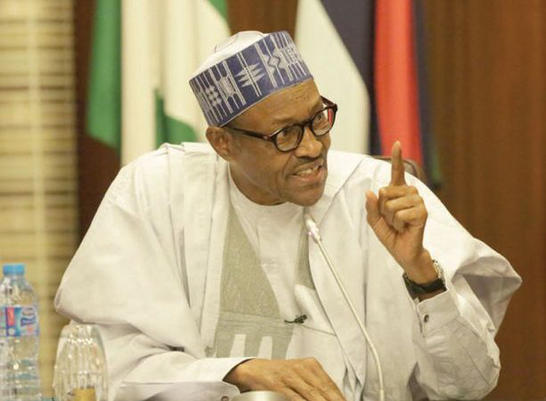 President Muhammadu Buhari has reinstated the commitment of his administration towards the fight against terrorism saying there was no place for insurgency in the country. President Buhari said this in Ibadan yesterday, while declaring open the 2017 Chief of Army Staff annual conference, themed: ‘Re-appraising the Nigerian Army’s Operational Efficiency in Containing Contemporary National Security Challenges.’ Represented by the Chief of Defence Staff (CDS), Gen. Abayomi Olonisakin, the President maintained that one of the priorities of his administration was to enhance the capacity of the armed forces to discharge their duties effectively.

According to him, his administration would continue to provide the needed support for the armed forces for effective and efficient service delivery. He commended the zeal of the armed forces in tackling other security issues across the country, adding that there was no doubt that his administration is working assiduously to reposition the Nigerian Army to meet contemporary realities. The president, however, urged the Nigerian Army to sustain the tempo in the ongoing campaigns against contemporary threats across the country. While speaking at the event, Gov. Abiola Ajimobi of Oyo State commended the Nigeria’s armed forces for providing adequate security for the country despite various challenges. Earlier in his welcome address, the Chief of Army Staff (COAS), Lt.-Gen. Tukur Buratai urged Nigerian Army personnel to remain professionally responsive and loyal to the constitution of the country. He commended the efforts of the Federal Government for its continuous support for the armed forces in tackling insecurity in the country.
Follow Us on Twitter!