Home » news » Just In!! See what Group plans to do against Governor Okorocha’s government

Just In!! See what Group plans to do against Governor Okorocha’s government 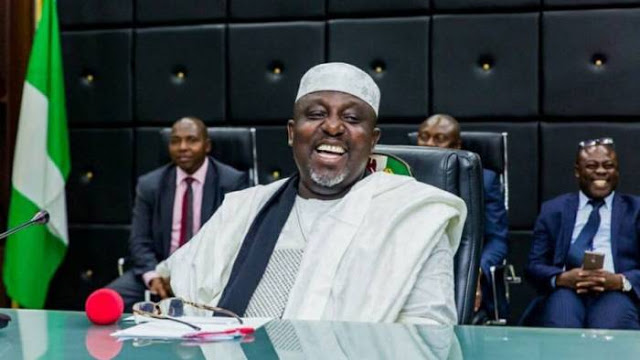 A group known as the Imo People’s Action for Democracy, IPAD, has announced that it will hold a one week rally in Owerri, the Imo State capital against the Governor Rochas Okorocha-led government
A statement by the group on Wednesday said the rally tagged, ‘Occupy Imo’ will hold from December 18 to 24 at Okigwe Road opposite Rock View Hotel Owerri.
The coordinator of the protest, Aku Obidinma, said the rally is, ”a response of the people to the increasing height of bad governance in the state which is now attaining its peak.”
He listed the bad policies and actions of the governor to include: “Lack process and respect for rule of law; waste of scarce resources on non-economically viable and life improving ventures; refusal to fully pay workers’ salaries, pension arrears and gratuity to pensioners and issuance of dud cheques to pensioners.”
Other transgressions of the state government include: “Failure to account for the bailout funds, Paris refunds and other loans collected; use of state funds and apparatus in conducting governor’s personal business; illegal demolitions and displacement of people resulting to loss of means of livelihood by thousands of Imolites even against restraining court orders; nepotism and ‘familiocracy.’”
The group also accused Mr Okorocha of, “unending grabbing of land using government powers and conversion of same to personal properties; refusal to conduct local government election and failure to account for the trillions of Naira that had been allocated to that tier of government for over six years and construction of poor quality infrastructure and increasing abandoned projects in the state.”
Mr Obidinma said the time and venue for the protest has been ‘strategically’ chosen to ensure that, ”the state government’s usual ploy of diverting attention of Christmas returnees away from the rot in governance through impressionist cosmetic beautification of the state is thwarted.”
“The protest will therefore keep the people conscious about their sufferings in the hands of the government”, he added.
He said that popular musician and human rights activist, Charles Oputa (Charley Boy) will lead other notable Imo born activists to speak at the rally.

Others expected to speak include; Chidi Odinkalu, Sam Amadi, Festus Okoye, Ezenwa Nwangwu, Victoria Ibezim, Chido Onumah, Clement Nwankwo, Okechukwu Nwanguma, Wisdom Durueke, and Louis Alozie.
The IPAD is a coalition of civil society groups, activists, faith-based groups, professional bodies, and community based organisations.
The reaction of the state government to the threat could not be ascertained as at press time.
The governor has been in the news lately for several actions tax payers regard as a waste of public funds and bizarre.
On Tuesday, the controversial governor appointed his sister as the Commissioner for Happiness and Purpose Fulfilment, a role that is as novel as it is hilarious for many Nigerians.
The appointment came weeks after the governor came under verbal fire for mounting statues for South African President Jacob Zuma, Liberian President Ellen Sirleaf and other controversial personalities on the continent.