No better person for now than Buhari to be Nigeria's President, he's a gallant retired military man and still very strong - Gov Ortom 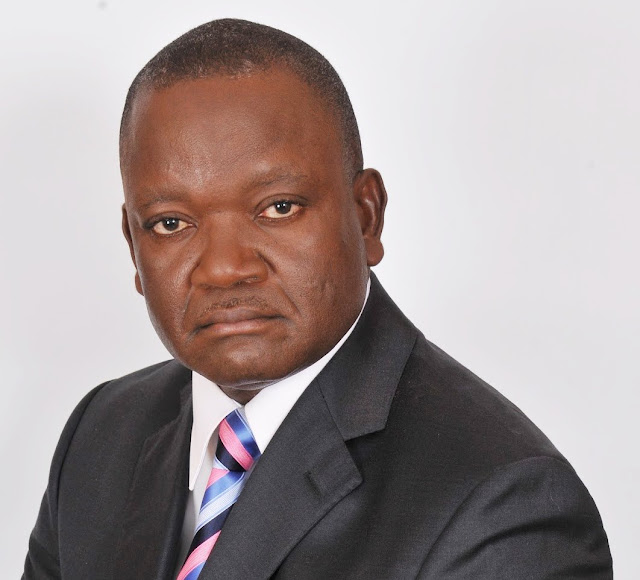 Governor Samuel Ortom of Benue State has said there is no alternative to President Buhari under the existing circumstances as another general elections draw near.
He stated this while fielding questions from an interview with The Vanguard newspapers.
President Muhammadu Buhari, he pointed out, is a selfless leader , a retired military man and still very strong to lead the country. The governor among other things lauds President Buhari's courage to fight courage to fight corruption in the country and made that as the basis for backing him for a second term.
He said: ''If you recall we in Benue State were the first in the country to initiate prayers for President Muhammadu Buhari when he took ill early in the year. We thank God that he is back on his feet and getting better and stronger by the day. Today he is up and doing, moving from one place to the other and carrying out his official duties. He is truly a gallant retired military man because he is still very strong. Beyond that, he is a man of integrity, discipline and with so much courage to fight the cankerworm called corruption. He is a selfless leader who has instilled discipline in our people.


''That is the kind of person we need at this particular time of our development and history as a nation. You may have an alternative, but for me, and as far as I am concerned I have not seen an alternative to President Buhari at this our very trying time. It is interesting to note that despite all the challenges he met on ground on assumption of office, a period when the country went into a deep recession, he took far reaching decisions that got us out of the recession; that is no mean achievement.
''I believe that we will get there someday as a nation, challenges may abound but I believe that we will overcome them. So I still remain committed to my belief that President Buhari remains the leader that we need at this particular time of our history and development as a nation.'', he added.