Home » opinion » SARS Is A Legacy Of Military Dictatorship – Falana

SARS Is A Legacy Of Military Dictatorship – Falana 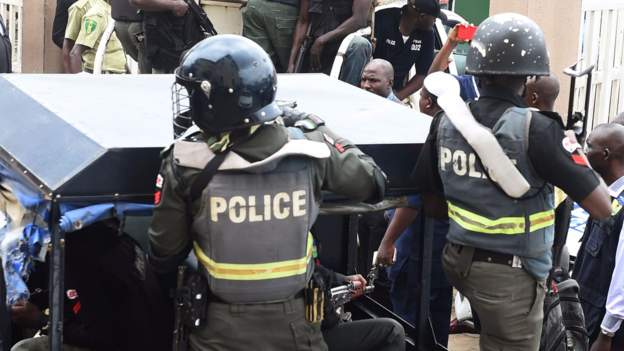 Activist and Lagos based lawyer, Femi Falana has said that the Special Anti-robbery Squad (SARS) is a legacy of the military government and a partially illegal squad which needs to be completely overhauled.
Speaking on Channels Television Breakfast Programme, Sunrise Daily, on Tuesday, Falana said armed troops and soldiers among SARS operators need to be removed and the policemen among them need reorientation as they operate like they are in a military government.
“You must remove the soldiers in SARS and retrain the police among them. You re-orientate them because they still behave as if they are under military dictatorship because SARS is a legacy of military dictatorship. As it is constituted, it is partly illegal under a civilian and democratic dispensation. Under the constitution, the duty of maintaining internal security, law and order in Nigeria is vested exclusively in the police.

“SARS is constituted by armed troops, soldiers and police personnel all over the country. Every state government maintains the SARS in the country and these state governments have not bothered to find out what is this body doing in terms of law enforcement, combating armed robbery and performance in terms of respecting the rights of the Nigerian people,” he said.
Speaking on if the squad should be scrapped or reformed like some concerned citizens have called for the end of SARS while some have protested that it should not be scrapped, the human rights activist said Nigeria cannot afford to scrap SARS but it needs to be totally overhauled.
“The Nigerian new colonial state cannot afford to scrap SARS, it is not possible. We have an increasing wave of armed robbery, kidnapping terrorism and other serious violent crimes which the regular police personnel have not been trained to curb or combat, therefore we are going to have SARS but it has to be totally overhauled,” he said.
Falana commended the efforts of Nigerians protesting against SARS saying any demonstration by Nigerian against perceived injustice should be encouraged but the protesters must also be made to appreciate that the law has taken care of all their concerns and fears.
“What we are therefore required to do is to ensure that the laws are enforced which has made it illegal to detain a Nigerian without taking him to the court in a place like Lagos or in the rural areas beyond 48hours,” he said.
SOURCE: CHANNELS TV