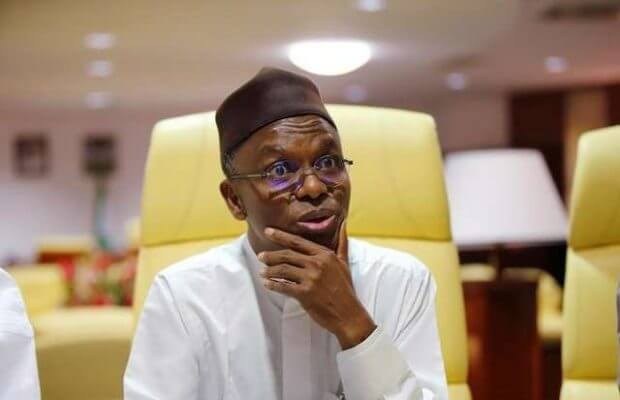 ​The Islamic Movement of Nigeria, IMN, has dragged Kaduna State Governor, Mallam Nasir El-Rufai before a Federal High Court sitting in Kaduna for incessant harassment, molestation and physical attacks on its members.
IMN also noted that security agents were depriving them of full opportunity of performing or observing their religious obligations/activities.
The suit brought before the court via a motion on notice No.FHC/KD/10/126/2017 was filed by Engr. Yahaya Gilima Karofi, Muktar Abdullahi Muhammed and Aliyu Umar against the government of Kaduna State, governor of Kaduna State, Hon. Attorney General and Commissioner for Justice, Kaduna State; Commissioner of Police, Kaduna State; Director, State Security Service, Kaduna State; Director-General, Department of State Security Abuja, Inspector-General of Police and Chief of Army Staff.
The Movement also seek for the court’s declaration that the Kaduna State Gazette No.21 of 7thOctober, 2016 and its contents thereof which purportedly banned Islamic Movement in Nigeria and their religious activities in Kaduna state constitutes a deliberate attempt at amending section 38(1) of the Constitution of the Federal Republic of Nigeria 1999 (as Amended) and.

In view of the above, the IMN is also asking for a perpetual injunction by the court restraining the respondents jointly or severally from any further harassment, molestations and violently attacking and/or arresting and detaining the applicants during their peaceful religious activities/processions in Kaduna state.
“An order on the 4th to 8th respondents to henceforth provide security for the applicants during their major public religious activities and processions in Kaduna State.
“An order for compensation in the sum of N100,000,000 and public apology in favour of the applicants for the excruciating pains and embarrassment suffered from the unlawful acts of the respondents against them,” IMN observed.
The motion on notice is supported by three paragraphs statement disposed on by Bar. A.U. Ajodo Esq.
It is also backed up by a 21 paragraph Affidavit by the 1st applicant Engr. Yahaya Gilima Karofi.
Follow Us on Twitter!