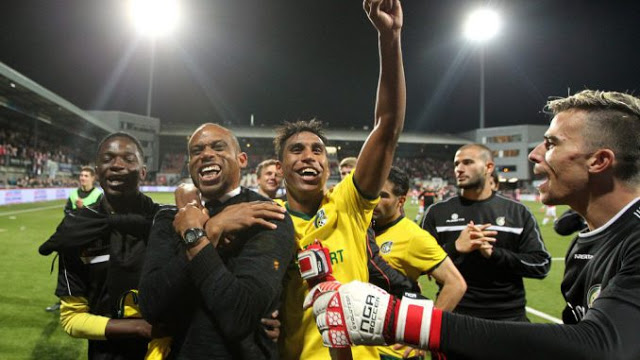 Former Super Eagles coach, Sunday Oliseh is having the moment of his career as he recorded his 20th win in charge of Fortuna Sittard on Monday. Oliseh’s side rallied back from two goals down to defeat Jong PSV 3-2 in a Dutch second division game at the De Herdgang Stadium.
The win moved Fortuna Sittard back to second spot in the table with 32 points from 16 league games.
First half goals from Donyell Malen in the 30th minute and another from Sam Lammer eight minutes later gave hosts Jong PSV a 2-0 lead into the break but Fortuna Sittard fought back in the final 30 minutes of the second half.