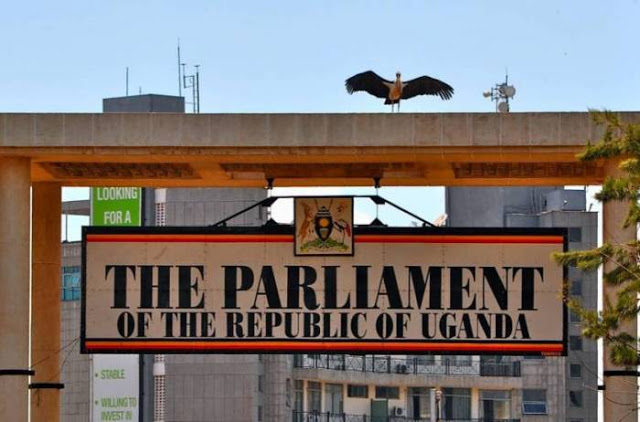 A Ugandan parliamentary committee has approved changes aimed at scrapping presidential age limit.
Legal and Parliamentary Affairs Committee members endorsed the most sweeping constitutional changes since 2005, with 18 votes— taking a significant leap forward as 10th Parliament seeks to increase presidential term from five to seven years.
5-YEAR TERM
Although Article 105 (1), which provides for a five-year presidential term, was not among the proposed constitutional amendments, the Monitor understands that a polarised committee retreat on Friday approved a seven-year presidential term and recommended a referendum.
President Yoweri Museveni has since backed a seven-year term and the age limit removal.
But as “a bargain chip” in the dramatic endorsement of the removal of age limits, the ruling National Resistance Movement members, according to committee sources, backed the Opposition demand for the restoration of the term limits in the Ugandan constitution.
The terms limit was removed by MPs in the 7th Parliament in 2005 to allow President Museveni contest for a third term in office during the 2006 elections.
NRM MPs
Although Opposition MPs have welcomed the proposed restoration of the term limits in the constitution, they have accused NRM MPs of trying to appease a bigger part of their voters who had warned them not to tinker with the Constitution.
The debate on the proposed restoration of term limits, however, became controversial after committee members failed to agree on whether a president who has already served two or more terms under the current legal regime, should be allowed to “count afresh” and even contest under the new political dispensation.
he matter was left to the House to decide.
“It’s obvious the NRM MPs are trying to bury their heads in the sand like an ostrich…they are hunting for an enticing excuse in exchange to appease voters who rejected the amendment to Article 102 (b),” Masaka Municipality MP Mathias Mpuuga said.
Expressing fears that the proposed restoration of the term limits might not sail through Parliament, Mr Mpuuga and other Opposition lawmakers told the Monitor that the trade-off is mere window-dressing, and that “the same people who removed the term limits are still around and their appetite for power and patronage seems to grow.”
7 MEMBERS
Mr Mpuuga said: “The issue at hand is about cultivating a culture of respect for laws of the land… the two most important Articles [102 (b) and 105 (2)] that acted as safeguards of nascent democracy were never tested but seen as roadblocks warranting removal, without addressing why they existed in the first place. This is absurd.”


The ruling party members backed by “friendly” independents used their numerical strength in the committee to endorse the removal of age limit from the 1995 constitution in spite of the dissenting views from minority legislators led by Busiro East MP Medard Lubega Ssegona, Bugweri MP Abdu Katuntu and Kumi MP Monicah Amoding (NRM).
At least seven committee members— including Opposition chief whip, Ssemuju Ibrahim Nganda and Kampala Central MP Muhammad Nsereko — were conspicuously absent.
Some of the absentee MPs were attending the 8th Inter-Parliamentary Games in Dar es Salaam, Tanzania.
VOTING
Since Thursday, members of Legal and Parliamentary Affairs Committee have been holed up at the Lake Victoria Serena, Kigo, to write their report ahead of the anticipated Second Reading of the Raphael Magyezi’s Constitutional (Amendments) Bill, 2017 on Tuesday.
However, sources have told the Monitor that on account of the disagreements, especially on the proposed amendment to Article 102 (b) of the Constitution, there will be two reports — the main report and the minority report.
Although the main report has made its recommendations, they are not final.
The Committee of the Whole House chaired by Speaker will debate the two reports and vote on each of them— including the controversial proposed amendments— before a final decision is made.
Although there were reports in the corridors of Lake Victoria Serena Hotel that those who voted in favour of the removal of the age limit from the 1995 Constitution pocketed USh100 milion each as part of a Shs300m deal, the Monitor could not independently verify these claims.
In backing the removal of age limit caps, the 18 MPs branded Article 102 (b) as “discriminatory” and insisted that the choice should be left to the voters since under Article 1, power belongs to the people.
CONSENSUS
The members also argued that there are many leaders all over the world who are above 75 and that many prosperous countries like the US don’t have age restrictions.
On the other hand, in the draft minority report, those against the removal of age limit asked their colleagues to account for the views of Ugandans who rejected the proposed amendments and insisted that there should be qualifications for leadership positions since the law provides for academic and citizenship qualifications.
They have also argued that discrimination is under Article 21 (3) and age is not one of them.
Without delving into the details of the two reports, Mr Oboth Oboth, the committee chairperson said: “We have concluded report writing; we have two reports— majority and minority— because there is no unanimity in the matter. It’s a controversial matter you cannot have consensus.”
Once the report(s) signing process is done, Mr Oboth Oboth told the Monitor that the two reports will be officially presented to the Speaker Rebecca Kadaga and then a decision will be made at that level to schedule the Second Reading of the Constitutional (Amendments) Bill on the order paper.