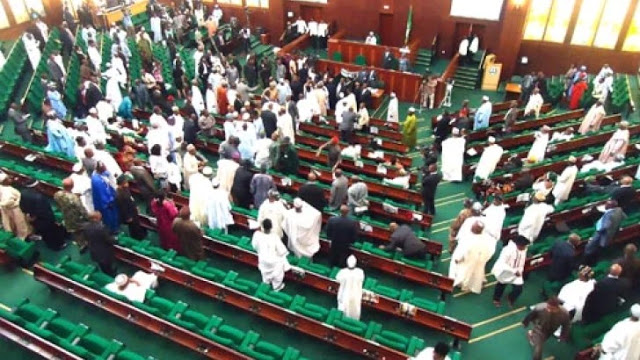 The House of Representatives Committee on Oil and Gas on Thursday gave 10 indigenous oil companies in the country two weeks to remit 250 million dollars oil royalty to Federal Government’s coffers.
Jerigbe Agom, the Chairman of the committee, gave the ultimatum at the ongoing sitting over unremitted funds in the industry.
According to the Chairman, Nigeria can no longer condone unbecoming acts of the operators which are capable of strangulating the nation’s oil and gas industry.
He said the companies were Aiteo Group, Dubri Oil Limited, Atlas Energy, Frontier Oil Ltd., Oriental Energy Limited, Express Petroleum, WalterSmith Oil Limited and Neconde Group.
Agom said the committee would have no choice than to wield the big sticks on the companies that refused to meet the deadline as part of its mandate to ensure sanity in the nation’s oil and gas industry.

Meanwhile, members of the committee said the Department of Petroleum Resources (DPR) was not proactive enough to ensure that indigenous oil companies complied with rules in the nation’s oil and gas sector.
They wondered why the regulatory body could not wield the big sticks on oil companies that failed to pay their oil royalties when evidence was clear that they owed the government.

They also accused gas companies in the country of not revealing the accurate figures of the quantity of gas produced and flared.
The lawmakers resolved to pay on-site visit to the gas companies at a later date, to crosscheck claims of their gas production and flare.
Mr Dada Thomas, the Managing Director, Frontier Oil Ltd., however, said most of them got the invitation very late.
He complained of harsh business environment like high cost of production and interest rate which also explained why owners of marginal fields in the country could not operate the fields.
According to him, the government has no reason to grant them requisite tax holidays with a view to boosting their business and opening the nation’s oil and gas sector for investment prospects.
Follow Us on Twitter!