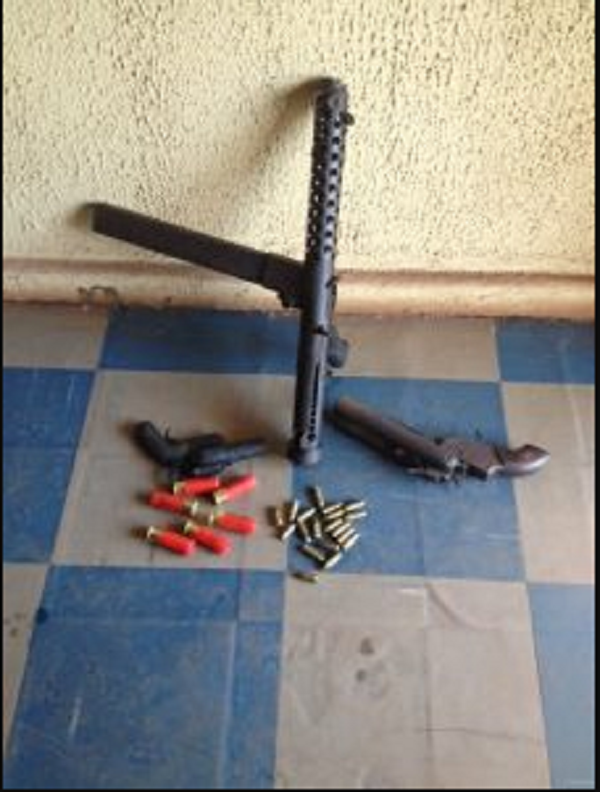 The Enugu state commissioner of police Danmallam Mohammed has commended the operatives of the Anti Vice Squad of the Nigeria Police Force Zone Headquarters Umuahia for smashing suspected notorious Armed Robbery squad along Udi Ozalla Road and recovering their weapons.

Danmallam gave the commendation when the team visited his office with the Divisional Police officer Awkunanaw Division Csp Mike Onuh on 4/12/17 to brief him on the success of the operation in which the operatives had on 4/12/17 at about 8am through intelligence information and a well coordinated operation along Udi Ozalla Road, launched an onslaught on the hideouts of suspected hoodlums and in the ensuing gun battle, three of the suspected hoodlums were fatally injured and later confirmed dead just as their weapons were recovered from them.

It was further gathered that the ensuing gun duel between the operatives and suspected hoodlums may have left some of the fleeing gang members of the deceased hoodlums with various degrees of injuries hence the command is advising members of the public particularly hospital operators to watch out for those that will visit their hospital with injuries suspected to be that of bullet and report promptly to any nearby police station or formation for necessary action.
Follow Us on Twitter!