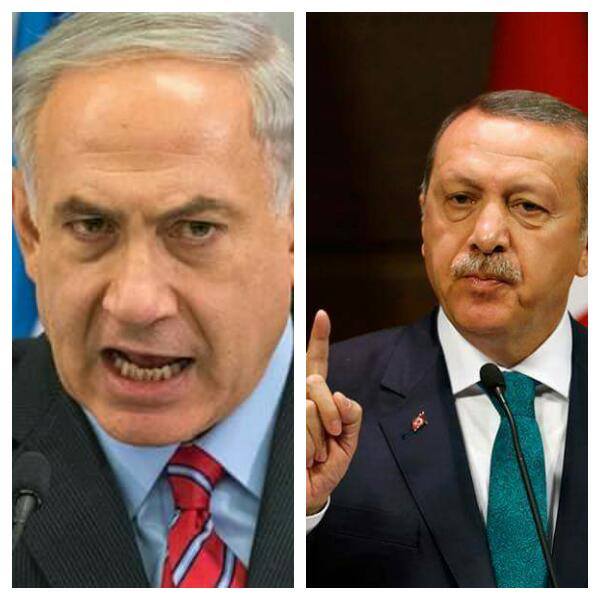 Turkish President Recep Tayyip Erdogan, has lashed out Israeli Prime Minister, Benjamin Netanyahu, following President Trump formal recognition and declaration of Jerusalem as the capital of Israel.
Erdogan while expressing fury at the decision repeatedly warned of the consequences of Trump’s move. Lashing out at Israel he called the state of Israel a  “terrorist state” that “kills children”.

Israeli Prime Minister Benjamin Netanyahu on his part at a press conference with French President Emmanuel Macron in Paris, hit back, calling Erdogan a leader who “bombs Kurdish villagers” and “helps terrorists”.